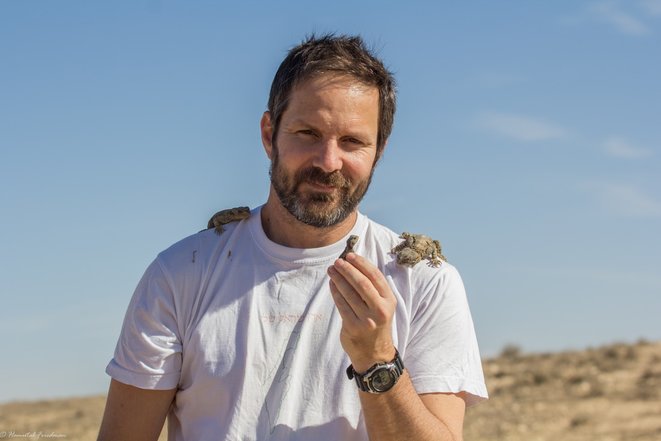 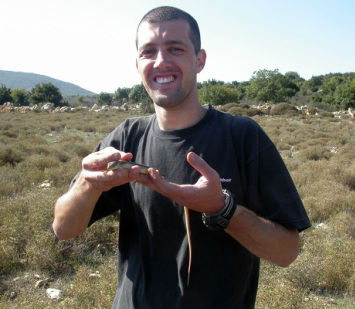 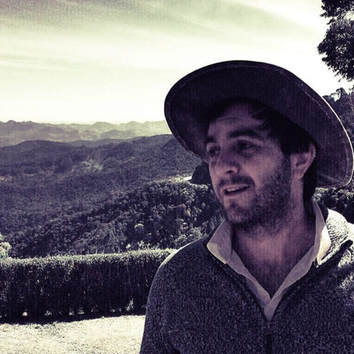 Since October 2018
Biogeography, taxonomy and conservation of the South American lizards. I am member of the project “Biogeography, Biodiversity and Conservation of Cis-andean Squamate Reptiles” that documents and interprets spatial variations in endemism and phylogenetic diversity, testing if the bio-geographical patterns are properly represented in the current protected area system in South America. At the Steinhardt Museum I am studying species-complexes of cryptic taxa widely distributed in Eastern Europe, Western Asia and Northern Africa (Western Paleartic lizards). 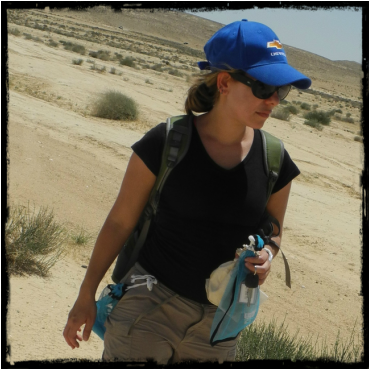 In the lab: 2010-2017 - and again since late 2019!
Karin is doing her postdoc on the phylogeny and biogeographic history of (mostly) desert reptiles, co hosted by Salvador Carranza! (IBE-CSIC-UPF, Barcelona, Spain) 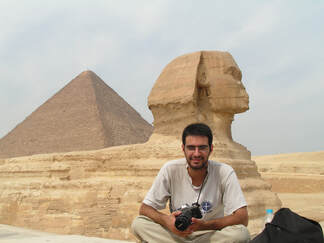 In the lab since 2017
Main research interests:
(a) Behavioural ecology. Focusing on social status and risk-taking strategy.
(b) Brain laterality and behaviour of vertebrates, focusing on reptiles and amphibia.
(c) Digit ratio 2:4 and digit asymmetry as markers for hormone levels and brain plasticity and laterality.

​​Guy is doing his postdoc on brain laterality and plasticity, focusing on risk behaviour of reptiles and amphibia. 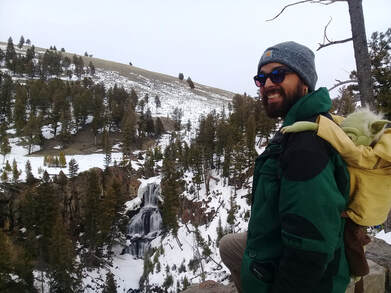 I am working with professors Uri Roll and Shai Meiri on mapping the diversity of endangered, endemic and rare tetrapods across the world. My main interests are biogeography, ecophysiology, biostatistics and bioinformatics. 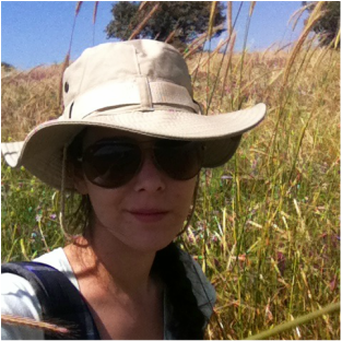 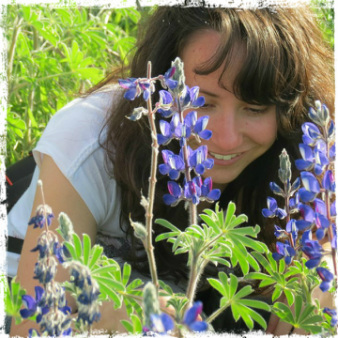 MSc: 2014-2016
During my master, my research focus was on: Island biogeography of reptiles in the Greek islands (co  supervisor: Prof. Panayiotis Pafilis) 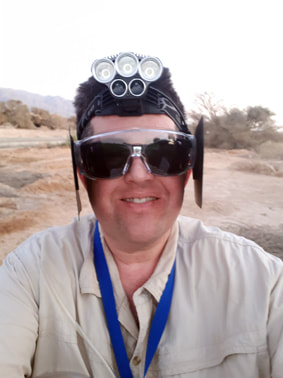 PhD: Since March 2018
I study the leafhopper genus Neoaliturus Distant in Israel, a genus which contains vectors of several plant diseases. Nine species are known to reside in Israel, three of which are considered species complexes, comprising an unknown number of species. My goal is resolving the taxonomy and phylogeny using an integrative taxonomic approach including behavioral, molecular and morphological analyses. 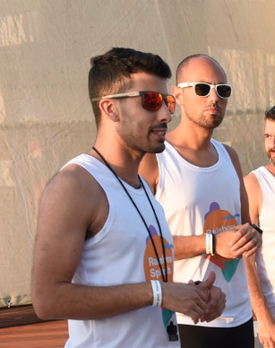 During the past decade I gained expertise in GIS and image analysis and conducted several projects in these fields. I had my heart set on conducting a B.Sc. in biology and was certain that I'll be back to work right after that. However, along my studies I discovered the fields of Biogeography and Macroecology which best combined my two passions of biology and spatial analysis. Currently I'm starting my M.Sc. looking at spatial patterns in the global distributions of land vertebrates, and I'm pretty sure I found my calling.
My co supervisor is Dr. Uri Roll and I am based (most of the time) at the School of Zoology, Tel-Aviv University. 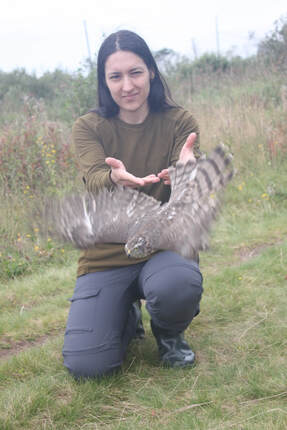 A bird watcher, ringer (bander) & surveyor.
Although my experience is mostly ornithological, I am very much interested in exploring all vertebrates, as well as other taxa.
Before starting my M.Sc. in ecology, I've participated in several ornithological field research projects, starting near home and gradually expanding my ventures into the more remote corners of the Palearctic. With growing experience in fieldwork and the duration of each stay (reaching the span of entire migratory seasons), a new perspective on the temporal and spatial ecological dynamics started to reveal itself to me, inspiring to seek a deeper understanding through the tools of meticulous scientific research. Gaining these tools and using them for a better understanding of our ever-changing natural world is thus the main motivation behind my academic endeavors.
My current work focuses on the factors that shape extinction risk in reptiles, under the supervision of Shai and Dr. Uri Roll (Ben-Gurion University of the Negev). 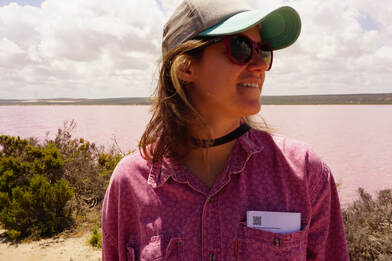 ​My primary research interests surround factors that shape the risk of reptilian extinction.  I am focusing on snakes’ intrinsic life-history traits that might put species in greater threat. I am also interested in expanding the criteria that determine species' IUCN Red List threat status. I plan to check whether certain biological attributes may cause threat status shifts, and the implication these have for conservation management.

In October 2019 I began my MSc under the supervision of Prof. Shai Meiri and Dr. Uri Roll, focusing on detecting important predictors of species’ extinction risk. 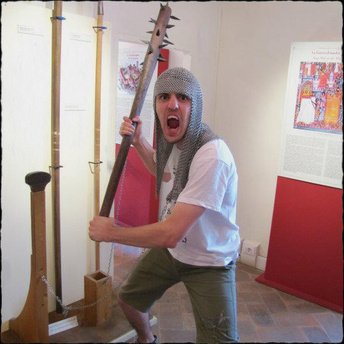 October 2013 - February 2020
Biogeography and evolution of the herpetofauna of Papua New Guinea across elevational gradients.  And other stuff
​see it all in his webpage

Alex is now a postdoc at Gavin Thomas's lab at the University of Sheffield! 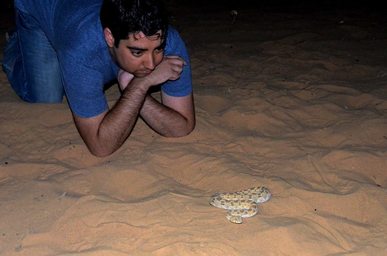 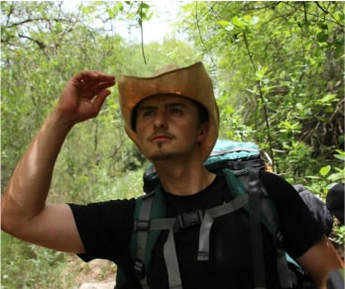 Simon is currently working as a lab manager at Ofir levy's lab.

Simon is the greatest threat to rare reptiles in Israel, as he inevitably finds that reptiles that other people could not locate for years are actually extremely common. We are considering patenting him as a reptile-locating and capturing device 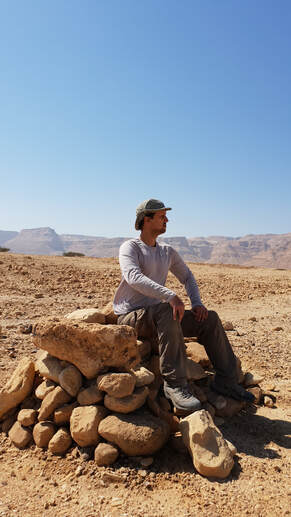 Doing his PhD (since November 2018) in Ofir levy's Lab, on the effects of global warming on the ecological interactions of species living in extreme environments, such as deserts.
Come and Visit me in the Judean Desert in the Dead Sea Region in eastern Israel and I will show you some amazing desert animals! 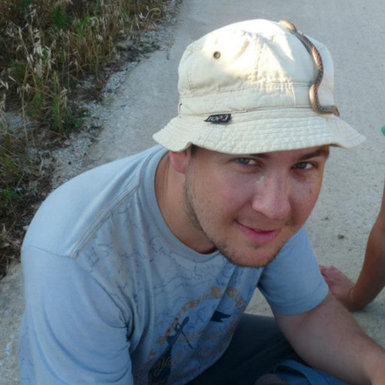 Yuval was a part of the lab in 2010-2018. He is currently in Freie Universität Berlin doing his Post-Doc on urban biodiversity and invasive species in Jonathan Jeschke's group (http://www.jeschke.tk/).
He still likes very much to play with souvlaki-devouring insular reptiles though.
He is the leader of the new, accurate concept of bird taxonomy recognizing six species globally (sparrows, eagles, ducks, parrots, owls and chickens) 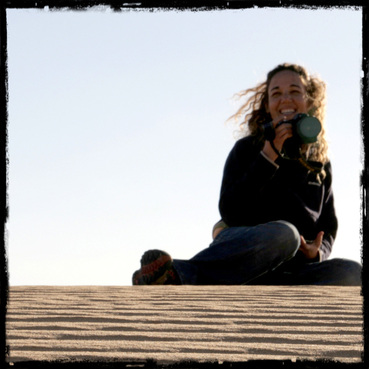 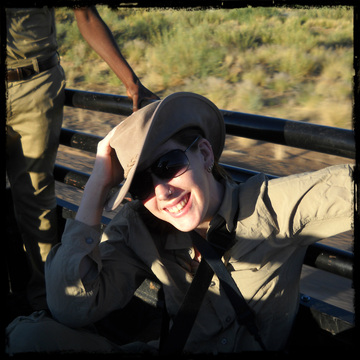 ​Maria is now a postdoc at the University of Copenhagen 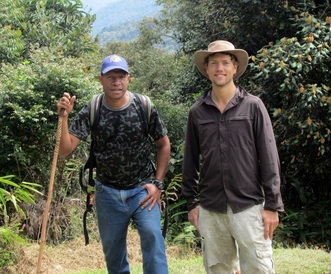 Oliver is now at the UNEP-WCMC in Cambridge, UK 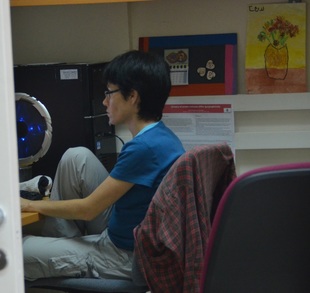 October 2010 - August 2016
Snake macroecology
Anat was the first PhD student of the lab and set the standard for everyone else
Anat studied everything snake - and digitized the global distribution of all of them! and did it fantastically well (but won't admit it) 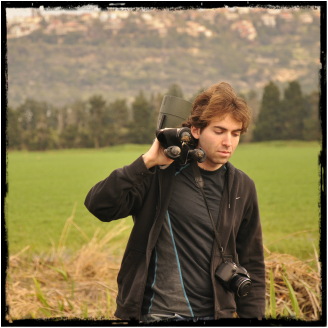 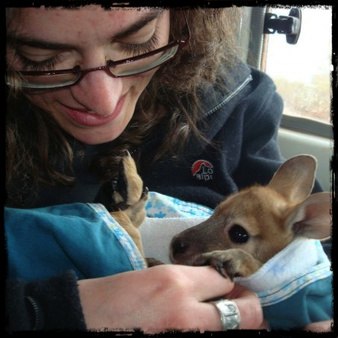 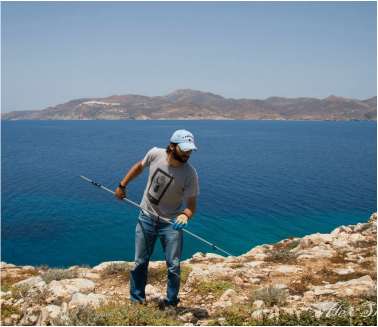 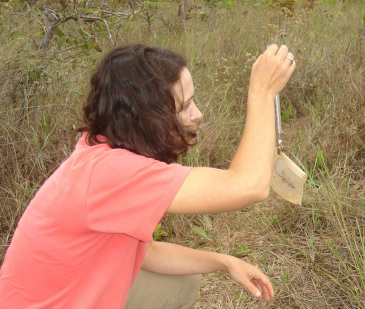 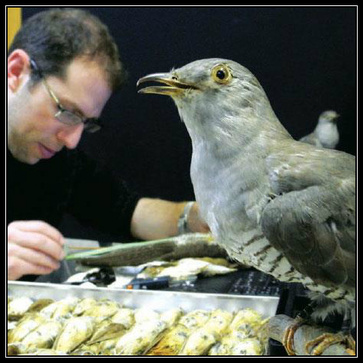 October 2009 - February 2011
Co-evolution of size and egg size in cuckoos and their hosts (co-advisor: Shai Markman, University of Haifa at Oranim)

​Daniel is doing a PhD with Roi Dor, Nir Sapir and Yossi Leshem. Something to do with black kites, and garbage, we think. 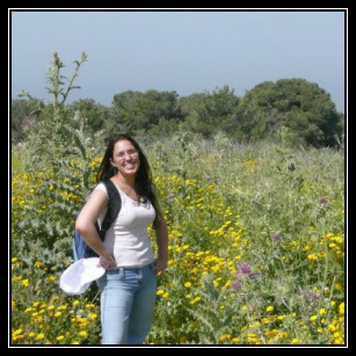 October 2010 - March 2013
The “Island Syndrome” and reproductive strategies of squamates: a study of two biomes.


Currently a Ph.D. student at the Technion Israel Institute of Technology 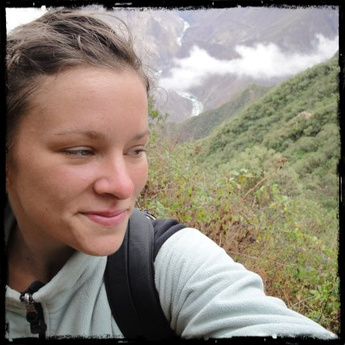 
Currently an M.Sc. student of Viticulture and Oenology in Europe. 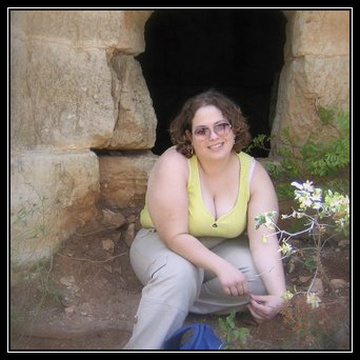